Last Saturday’s Magic Round saw the Western Suburbs Magpies star in a 10-all draw against the Canterbury Bankstown Bulldogs at Panthers Stadium.

The first half of the Round 10 clash saw the Bulldogs score 10 unanswered points, with the Magpies following suit in the second half, levelling the score just moments before full time.

First to score for the Bulldogs was Michael Lichaa, after a quick play the ball provided the hooker with an opportunity to dive under the unsuspecting Wests defence and get the first four pointer of the match. Morgan Harper added the extras to bring the score to 6-0 after 17 minutes of play.

A repeat set for the Bulldogs minutes later gave them plenty of motivation to produce more points, doing so through winger Tuipulotu Katoa. Harper’s kick was waved away by officials leaving the half time score 10-0.

The second half of the match would eventually see the Magpies respond to the two tries scored against them in the first stanza. David Nofoaluma, unlucky not to have scored earlier in the game, assisted in his side’s first of the day when he scooted around his defence to eventually find Paul Momirovski and close in on the Bulldogs lead.

With only mintues remaining, it had seemed that the game was over, but not for the Magpies or Elijah Taylor, who was on the receiving end of a swift inside ball from Jacob Liddle and would go onto score under the posts. An easy conversion for Momirovski levelled the score just before the final siren.

Proceedings got under way after both teams and spectators stood for a minutes silence to pay their respects following the passing of rugby league great Quentin Pongia who had been fighting a long and brave battle against cancer. Our thoughts and prayers are with Q, his family and friends.

Today’s Ron Massey Cup game would see St Marys, who are sitting in 1st place take on Wests Magpies who are coming off three wins in a row and placed 5th. Head coach Darren Maroon had to fit 6 new players into his team due to injuries and others unavailable for selection. Those players came into the side late however Darren was confident his team would put in a good performance.

The field position for a majority of the first half was dominated by St Marys who attacked Wests Magpies line for several repeat sets but Wests Magpies held their line. St Marys were also aided with a penalty count in the first half favouring them 8 to 4. On the rare occasion Wests Magpies found themselves inside the home team’s twenty metre line they made sure they took full advantage. They received a penalty and after taking the tap ten metres from the home teams try line rampaging prop forward Ava Minute ran to the middle of the ruck before the ball was raked from his possession. The referee called six again but the boys in black and white didn’t need the extra possession as second row forward Josh Davis picked up the loose ball and showing good strength he pushed his way over the try line. Kelsey Coakes claimed the extra two points which gave Wests Magpies 6 points to 0 lead.

The ball was knocked on by Wests Magpies from the kick off giving St Marys good field position. Play settled with both sets of forwards testing themselves before St Marys received two quick penalties giving them further repeat sets on the Magpies try line. After defending their line for six sets in a row, the ball was quickly spread across the home team’s backline into the hands of centre three quarter Geoff Daniela who forced his way over the line in the western corner. The conversion attempt from Isaac Thompson fell short of the target. Wests Magpies 6 St Marys 4.

After receiving the ball from the ensuing kick-off, St Marys moved play to Wests Magpies 40 metre line. They advanced deeper before Isaac Thompson put in a well weighted kick which was played dead by Wests Magpies. For another three sets in a row, St Marys applied further pressure with similar well placed kicks. It didn’t matter what St Marys threw at Wests Magpies for the remainder of the half, the boys continually rallied to thwart the home teams try scoring opportunities. The rest of the half would see not further points scored. The crowd warmly applauded Wests Magpies for their outstanding defensive efforts as they left the field for a well-earned half time break.

The second half got started at a furious pace. St Marys received the ball from the kick off before they were awarded a penalty on Wests Magpies 40 metre line. Their forward pack advanced play to within five metres of the try line before five eight Jack Toby put in a grubber kick on the last tackle which bounced off a Wests Magpies player back into his hands; allowing him to claim his team’s second try of the afternoon. Issac Thompson made no mistake with this kick which put St Marys up 10 points to Wests Magpies 6.

Wests Magpies replied in the best way possible. They put up a towering kick to restart play and after two hit ups St Marys dropped the ball on half way. After winning the scrum centre three quarter Jack Gibbons ran the ball strongly into the home team’s territory. He was followed by hooker Josh Daley and second row forward Adrian Ha’angana who drew the penalty after St Marys held him down. The first hit up allowed Wests Magpies to set their next play which paid dividends when prop forward Edward TJ Carter charged through the defensive to claim a great try. Kelsey Coakes conversion sees Wests Magpies back in the lead 12 points to St Marys 10.

Play settled with both teams attempting to break the respective defensive lines and it was Wests Magpies who would be presented with the first opportunity. The initial effort to get to the home teams end of the field did not pay dividends after a Wests Magpies player knocked the ball on as he crossed the try line. St Marys took a quick twenty metre tap but when they spread the ball it was intercepted by second row forward Jack Miller who gained 30 metres at the end of a strong run. After playing the ball quickly half Kelsey Coakes called for the ball and put in a well-placed cross field kick which was taken by a high flying Jack Gibbons who came down over St Marys try line. Kelsey Coakes continued with his fine kicking to take the extras on offer. Wests Magpies 18 St Marys 10.

Wests Magpies continued to probe St Mary’s line before guiding the ball over the side line on their last tackle giving St Marys the feed. The home team pushed deep into Wests Magpies territory and on the last tackle they decided to attack the short side of the field. That move appeared to be shut down but a Wests Magpies player was penalised for stripping the ball. St Marys took the tap and using quick hands the ball went across the backline to centre three quarter Maliko Filino who put the ball down in the western corner. Again the conversion attempt was waved away. Wests Magpies 18 St Marys 14.

With time ticking away and in good field position, second row forward Harrison Leonard barged over the line, but unfortunately he lost the ball. St Marys advanced down field before putting up a bomb on the last which was taken by fullback Omar Slaimankhel. The fullback made good metres and on the next play, St Marys were penalised for a high shot on five eight Kieran Wyld. The penalty kick that followed had St Marys positioned well inside of their own half but in quick time Wests Magpies

were penalised for an infringement in the play the ball area. After advancing to the half way, a St Marys player had a loose carry and Wests Magpies were given the scrum feed. With minutes left on the clock, Wests Magpies put in a perfectly placed kick which was knocked on by a St Marys player in goal. The line drop out was taken by prop forward Avia Minute who broke through several attempted tackles during a damaging run. This was followed by darting run from Soni Luke who grabbed a four pointer of his own and with the successful conversion from Coakes; Wests Magpies went further ahead 24 points to 10 which would see out the game. The vocal group of Wests Magpies supporters greeted the players as they left the field with a call ‘well done Magpies.’ Overall todays match was very entertaining and of a high standard from both teams. 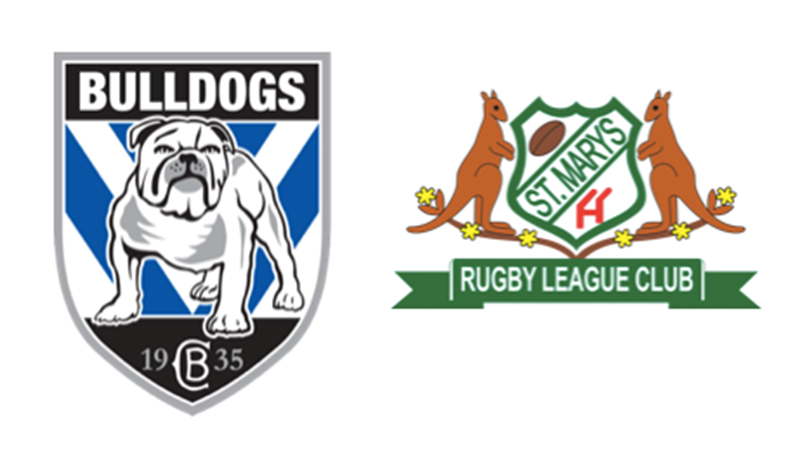