The game was never going to a free flowing affair when you consider 4 players were sent to the sin bin with a couple on report and with the penalty count blowing out to 26 it was a stop start encounter between these local rivals sitting in the top 8 of the competition.

There was a strong icy wind blowing from the south however neither team seemed to receive any advantage when the wind was at their backs. Strangely though, there were several times during the match that the clock kept running whilst the referee spoke to players. Then there was bit of push and shove 3 minutes from end of the game, however the match official let time run down to the final hooter. I don’t know if time off was signalled or we just missed the call, anyway this did not affect the outcome.

It is pleasing to report that Blake Wells made his debut with our Club as five eight. As the faithful will know, Blake is the grandson of Wests Magpies great, Australian representative centre three quarter, Mr Harry Wells. Blake had a steady game and defended stoutly. We hope to see more of him in the black and white jersey.

Cabramatta started play with a flat kick towards the corner of the field but Wests quickly moved over half way. At the end of their first set, half Kelsey Coakes put up a towering kick which was taken by wing three quarter Falakiko Manu on his 10 metre line. A speed set from hooker Josh Tangitau and five eight Kakapuna Fotu took the Two Blues back to half way before a clearing kick was taken by Wests wing three quarter Jayden El-Jalkh who carried the ball back strongly. This effort was followed up by lock forward Adrian Ha’angana then prop forward Harrison Leonard.

For a majority of the next 25 minutes or so Cabramatta were perched well inside Wests territory, but they held firm with all 13 players, led by Adrian Ha’Angana, Harrison Leonard, David and Avia Minute doing their part to hold the Two Blues out. After receiving a penalty, Wests travelled north after a barnstorming run by prop forward Avia Minute. He offloaded to captain and hooker Josh Daley who was tackled on the 20 metre line. Wests half Kelsey Coakes put in a chip kick which was taken by centre three quarter Jack Gibbons. With the defensive line back peddling he passed to wing three quarter Isaac Rabuatoka who scrambled over the line; unfortunately he was ruled to have bounced the ball.

It wasn’t long before Wests were presented with another chance. After receiving 2 quick penalties Wests rolled the ball into the oppositions in goal. The kick was read by centre three quarter Jack Gibbons but he knocked the ball on over the line. Penalties continued to flow and in the 31st minute Wests received a penalty on half way. Half Kelsey Coakes gained plenty of metres with his kick. Wests centre three

quarter Jowasa Drodrolagi took the ball from the tap and after making good metres he threw the ball to centre partner Jack Gibbons who picked out Isaac Rabuatoka who was backing up on his outside. Rabuatoka stepped inside the cover defense and dived over for his 15th try of the season. In windy conditions, Kelsey Coakes pulled the conversion attempt wide. Wests Magpies 4 Cabramatta 0.

After Cabramatta restarted play second row forward Ahmed Ellaz and then centre three quarter Jowasa Drodrolagi pushed forward, but the next play broke down when a pass went astray. Winning the scrum feed, second row forward Jack Morris, lock forward Moses Manu and prop forward Malakai Houma tested both sides of the ruck without success. Half Brandon Finnegan ran to the short side on the last before Wests were penalised for being offside. Taking the tap, Cabramatta prop forward Malakai Houma charged towards the uprights, only to be tackled centimetres short by prop forward Avia Minute. At the end of the set, a grubber kick from half Brandon Finnegan was played dead.

When in possession Wests spread the ball quickly and it appeared that a Cabramatta player knocked the ball on, but the referee saw it differently. Wests were penalised for back chat. Cabramatta’s attack from Jordan Latham and Rhys Armstrong took them deep into the visitors half, but Wests Magpies line was strong. Shortly after the first half was called to a holt with Wests Magpies holding onto a 4 to 0 lead.

The second half got under way with a similar theme; Wests having to put together several defensive sets but in the 19th minute Cabramatta would be rewarded for all of their possession with a fine try to half Brandon Finnegan. It started when Wests were penalised for a strip. After taking the tap on Wests 30 metre line, wing three quarter Falakiko Manu gained valuable metres. In the next play Finnegan stepped inside an attempted tackle before putting the ball over the line alongside the uprights. He made no mistake with his conversion. Cabramatta 6 Wests Magpies 4.

Wests put up a high kick when resuming play. Cabramatta, after completing their set, kicked down field but Wests knocked the ball on after the first hit up. Both teams tried to gain the upper hand and in the 20th minute Wests five eight Blake Wells ran through a gap. He reached out to claim a try; realising he was not going to make it, he had the presence of mind to pass back to a support player. Close, but no reward.

In the 29th minute Cabramatta quickly advanced over half way after a weaving run from centre three quarter Nathan Milone. Next to have a run was wing three quarter Falakiko Manu who carried players over the try line with him to score a fine try. Brandon Finnegan shaded the sticks with his shot at goal. Cabramatta 10 Wests Magpies 4.

The rest of the half saw both teams make unforced errors and in the 34th minute Wests were penalised for a tackle infringement, presenting Brandon Finnegan a shot in front of the posts. With his successful conversion, Cabramatta went ahead 12 points to Wests Magpies 4. This score line would bring an end to the game. Despite the stoppages there some very exciting passages of play.

Scorers for Wests Magpies: 1 try to Isaac Rabuatoka. Kelsey Coakes missed with his only shot at goal.

Scorers for Cabramatta: 1 try and 2 goals to Brandon Finnegan with Falakiko Manu grabbing the other 4 pointer.

Western Suburbs Magpies have battled bravely but come up short against the Blacktown-Workers Sea Eagles in a 30-20 defeat on Sunday afternoon at HE Laybutt Sporting Complex.

Despite creating a number of good chances in attack with all parts of the spine getting on the scoresheet, Western Suburbs were unable to build any pressure against the Sea Eagles — who showed great resilience to hit back every time they conceded — and eventually succumb to a 10-point defeat in the end.

The loss leaves Western Suburbs still inside the top eight on 19 points with the Newtown Jets (19 points) and Wentworthville Magpies (18 points) hot on their tail.

Coming off their final bye of the season in Round 20, Western Suburbs were dealt a blow before kickoff with Tommy Talau, Jacob Liddle and Chris McQueen — who were all potential inclusions after dropping out of the NRL squad — not named for the Magpies with the first-grade side facing injuries and possible suspensions.

Instead, it was the club's young guns who stepped up to the mark with six Jersey Flegg eligible players featuring for Brett Hodgson's side on the day.

After an early penalty, it was the home side who got the match off to the perfect start when Tevita Funa crossed out wide in just the second minute of play.

Josh Reynolds would show his experience and guile to hit back for the Magpies soon after and level the match at 4-4, with Jock Madden unable to land the extras from near the sideline in cool and windy kicking conditions.

Blacktown-Workers continued to find joy down the visitors' left edge and would restore their lead in the 19th minute when Abbas Miski crossed for his side's second try, with Kane Elgey landing the extras to push the lead out to six points.

As the arm wrestle wore on, Elgey would extend the Sea Eagles' advantage in the shadows of half-time with a penalty goal giving his side a 12-4 lead at the break.

Needing to score first to keep his side in the contest, it would be captain Jock Madden who stood up for the Magpies with some excellent support play to hit back five minutes in to the second half and cut the lead to 12-10, but the scoreline was short-lived as the Sea Eagles quickly responded with Miski getting his second.

Wests were dealt a blow soon after when Madden was taken from the field with an injury, but the Magpies continued to threaten in attack as they tried to hit back in the contest. Eventually hooker Soni Luke broke through the Sea Eagles' defence to take the scoreline to 18-16 with 20 minutes to go but the home side continued the trend of match by responding with another quick try to put the lead back to eight.

Zach Dockar-Clay's effort with 15 minutes to play put the Sea Eagles back up by eight and seemingly on track for back-to-back wins for the first time in 2019.

With time winding down, lock Sean Keppie would put the game beyond doubt with a try in the 75th minute — securing a much-deserved two points for the home side despite Bilal Maarbani crossing in the final moments for the visitors.

Western Suburbs face a crucial trip to the foot of the mountains in Round 22 as they look to keep their top eight hopes alive next weekend, taking on the fourth-placed Panthers before ending the year against the Jets (9th) and Warriors (7th). 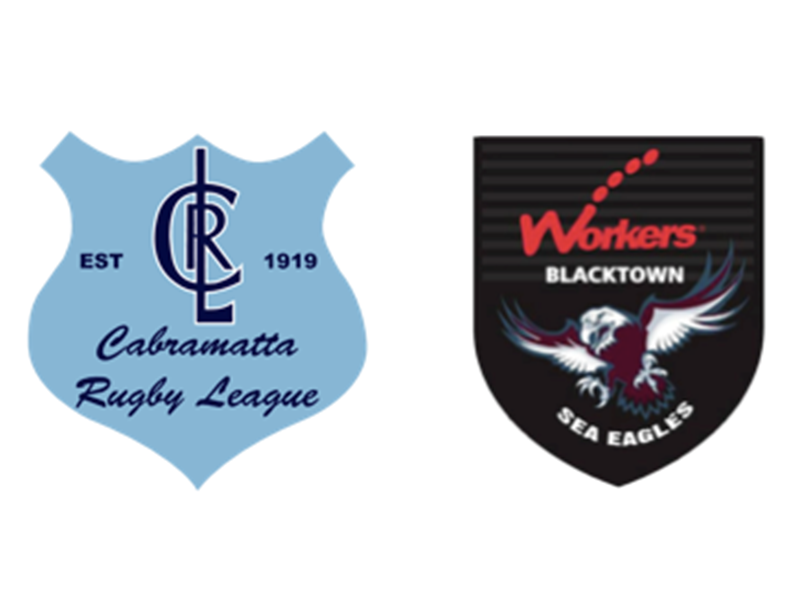