Western Suburbs Magpies have gone down in the final game of their Canterbury Cup season, with the New Zealand Warriors coming from behind to defeat the visitors 24-20.

Despite missing a number of key players and the home side gunning for a finals berth, it was the Magpies who took the lead mid-way through the second half before a late try to Leivaha Pulu ensured the Warriors would walk away victorious.

With a four-point win to their name, New Zealand now require Wentworthville to lose by 34 points to the top-of-the-table Rabbitohs to qualify for the finals.

Promoted to Canterbury Cup following a strong season with the club's Jersey Flegg side, Liam Scolari opened the scoring after just three minutes to give the Magpies an early 6-0 lead before Bunty Afoa hit back for the hosts to level the match.

Blake Ayshford and Setu Tu both crossed within the space of five minutes to extend the home side's lead, before a Watson Heleta try just before the break ensured the Magpies would remain in the contest as the two teams went to half-time.

Heleta's second soon after the break levelled the match at 18-18, before a penalty goal to Kauri Aupouri saw the Magpies re-take the lead with 20 minutes to go.

Determined to end the season with a win, the Magpies fell behind once again when Pulu crashed over late to put the home side in front, with Brett Hodgson's men unable to come up with a late play to get the two points in the end.

After a strong start to the season, it was a disappointing end to the season for Western Suburbs who finished the year with just one win since Round 14 — ending the regular season in tenth position and outside the finals positions.

The win today certainly wasn’t the performance the coach and team were looking for, that being a controlled and disciplined effort leading into the semi-finals.

The game got underway at 3.04 pm with Brothers losing the ball in the first set and the Magpies almost scoring in the corner after the winger was pushed into touch.

A loose pass in the 6th minute was then picked up by Brothers and in that set Brothers’ big front rower No 8, Penita Tuavao made a strong run and barged over. The try was converted by Masi Fidow.

This seemed to give Brothers confidence to play at a fast pace and move the ball around.

After a deep kick by Brothers, Wests winger Isaac Rabuatoka made a break 10 metres out from the try line. He continued on deep into Brothers’ territory and then passed to Omar Slaimankhel who finished off to score a great try. Kelsey Coakes converted to make the score 6 all at the 10 minutes mark.

At the 17th minute mark, Brothers made a break and Halfback Kelsey Coakes made a try saving tackle metres out from the line.

Both sides then were guilty of mistakes and missed chances until the 22nd minute. Heheako Tuima barged over close to the posts finishing off a strong run to make the score 12 -6 in favour of Wests.

After a lost ball and penalty, Brothers applied pressure near Wests line and then Brodie Christopherson sliced through to score near the posts in the 30th minute. Wests 12, Brothers 10 with Masi Fidow converting to make it 12 all.

After another lost ball by Wests in the 34th minute, Brothers put on a back line move to see their Fullback slice through to make the score Brothers 16, Wests 12. The try was not converted.

The second half saw Wests come out with much more purpose, drive and discipline. In the 48th minute Avia Minute barged over for a determined try to make the score 16 all. Kelsey Coakes converted to make Wests 18, Brothers 16.

At the 54th minute, Kieran Wyld sliced through after a scrum win to outpace the defence to score in the corner. Wests 28 Brothers 16. The try was converted by Kelsey Coakes. Wests 30 Brothers 16.

In the 65th minute Jowasa Drodrolagi scores to make the score Wests 34 Brothers 16 and the try was converted by Kelsey Coakes, Wests 36 Brothers 16.

In the 77th minute, Wests were on the attack again and looking dangerous until a cross kick was brilliantly caught by Brothers’ Kitone Vikash who raced the length of the field to score. Wests 36 Brothers 20. The try was converted by Harrison Coskerie to make the score Wests 36 Brothers 22.

In the 79th minute Jayden El Jalkh scores again after a great break by Kieran Wyld who, incidentally, was flattened after he passed the ball. The Brothers’ Fullback Masi Fidow was subsequently sent from the field by the Referee. The try was not converted so the score was Wests 40 Brothers 22. 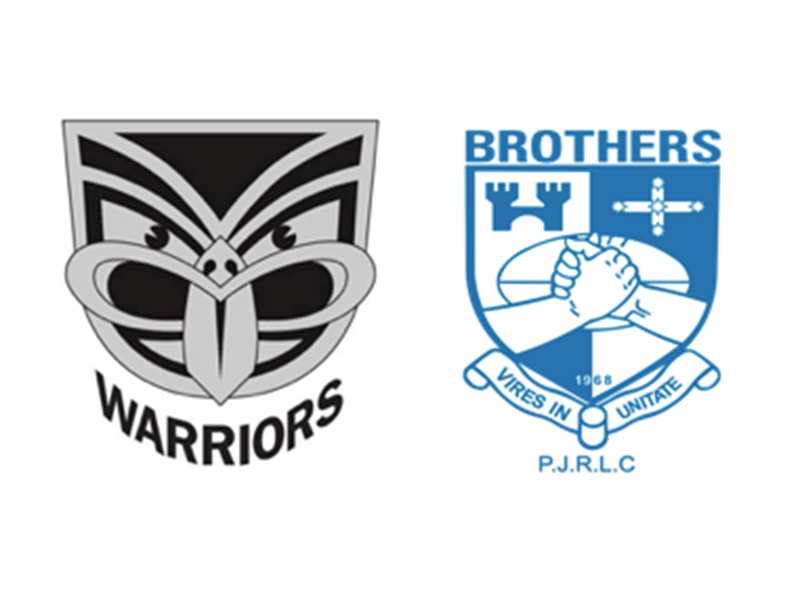