The 2019 season effectively ended for Wests at Henson Park on Saturday, with Newtown terminating the Magpies’ faint finals hopes with a comprehensive 42-14 victory.

The pain began in the eighth minute, a penalty allowing Newtown to set up for a left hand shift. Jackson Ferris pushed through a Bilal Maarbani tackle before offloading to Luke Polselli, the flanker having just enough room to register the opener for the home side.

If any of the patrons on hand headed to the KB stand they would have missed the Wests reply, with Maarbani earning a high tackle penalty after the kick-off found touch, and then taking the initiative to power over out wide to level the scores in blustery conditions.

A Newtown error gave the fibros some quality field position and a neat grubber kick saw Watson Heleta win the race in the 17th minute to put the Magpies in front, Kyle Flanagan returning serve seven minutes later with a couple of right foot steps to find the Magpies not covering across on the inside to take the lead by two.

Eleven minutes before the interval Will Kennedy cleaned up a messy kick from Wests and took off, with Felix Smith moving heaven and earth to get across and make the covering tackle. Referee Darian Furner, though, ruled that Kauri Aupouri was guilty of holding down despite having his arm pinned, and dispatched the Magpies’ half for ten minutes.

A black hole seemingly opened up in the black and white defence on the back of the sin binning, with Siosifa Talakai, Sione Katoa and Greg Eastwood taking advantage to blow the score out at halftime, Katoa’s try coming after a wayward dummy half pass saw Newtown lose 35 metres before kicking through.

The Bluebags didn’t ease up after the break, Greg Eastwood registering his second with a simple charge through some questionable defence just two and a half minutes into the second stanza, a forward pass call from referee Furner the only reason the Jets didn’t go back to back.

The Jets went almost 100 metres to post their seventh in the 50th minute through a second to Luke Polselli off a delightful flick pass on his knees by Jackson Ferris, Harrison O’Toole giving Wests the tiniest glimmer of hope on the 67th minute with a reaching try on the right wing.

Will Kennedy rubbed some salt in the wounds in the 71st minute after a slick backline move from the Jets and the loss, combined with Wentworthville’s success against Canterbury later on Saturday afternoon at Ringrose Park, saw Wests eliminated from Canterbury Cup contention on 2019.

Wests Magpies took the field for this encounter missing 5 starting players from last week’s game. Added to this were injuries to Harrison Leonard and David Minute, but all in all the Bulls recorded a good win against Wests Magpies.

The first 10 minutes saw each of the packs testing themselves out but it would be the Bulls who would record the first points of the afternoon. It came after the Bulls received 2 quick penalties which advanced them to Wests Magpies try line. After probing the centre of the ruck, Heath L’Estrange spread the ball to the left into the hands of wing three quarter Christopher Mc Coy who dived into the corner for a try. Lachlan Walmsey stepped forward but his attempt at goal was waved away. Bulls 4 Wests Magpies 0.

When their turn came with the ball, Wests Magpies made good ground though David Minute, Andrew Fiagatusa and Harrison Leonard. After completing their set, half Kelsey Coakes guided the ball into touch on the Bulls 20 metre line. After winning the scrum the Bulls moved steadily downfield, but a penalty put paid to their advances. Wests Magpies took the tap on their 40 metre line with good metres being made by five eight Blake Wells, Brendan Su’A and Henry Ah Sam. After receiving the ball from a Wests Magpies kick, the visitors were penalised for holding a player down. Hooker Heath L’Estrange took the tap on his 20 metre line passing to centre three quarter John-Paul Nohra who made a clean break. In traffic he offloaded to his centre partner Meimeite Siale before receiving the ball back again. After being tackled on Wests Magpies 10 metre line, the next hit up saw lock forward Sean Walpole crash over under the black dot. This time Lachlan Walmsey did not miss. Bulls 14 Wests Magpies 0.

Wests Magpies continued to push forward and went close to scoring through centre three quarter Omar Slaimankhel who was tackled short of the line at the end of a weaving run. Second row forward Adrian Ha’angana met a similar fate when brought down perilously close to the try line. The next play saw Wests Magpies spread the ball wide, but a long pass was intercepted by Bulls centre three quarter Meimeite Siale who showed a clean pair of heels on his way to placing the ball between the uprights. Lachlan Walmsey increased his teams lead to 20 points to Wests Magpies 0.

Shortly after receiving the ball from the kick off, a Bulls error gave Wests Magpies the ball. Forwards David Minute, Avia Minute and Edward Carter carried the ball back over half way after a series of grinding runs before the Bulls were penalised for holding a player down. Taking a quick tap prop forward Avia Minute crashed over the line taking players with him, only for the referee to adjudicate that he had been held up. On their last tackle, Wests Magpies put up a chip kick which was taken by Bulls fullback Lachlan Walmsley who made a decisive run deep into Magpie territory. At the end of his run he put in a clever kick which was taken by wing three quarter Christopher Mc Coy who recorded his 2nd try of the afternoon. Lachlan Walmsey converted from the side line. Half time would see the Bulls 26 leading Wests Magpies 0.

Shortly after resuming the second half a Bulls player was penalised for a high tackle. A bit of a scuffle followed resulting in a player from each side being given a 10 minute break in the sheds. Wests Magpies were awarded the penalty with their forwards quickly taking the advantage as they advanced downfield. This was followed by a strong run by second row forward David Minute who pushed his way over the try line but he unfortunately spilled the ball with players all over him. The Bulls were given the scrum feed and after a couple of runs, Wests Magpies were penalised for a late tackle. Lachlan Walmsey was called over and he claimed the extra 2 points on offer. Bulls 28 Wests Magpies 0.

The vocal crowd may have thought that Wests Magpies might have put the cue in the rack due to the score, but no, they started to gain the ascendancy both in attack and defense. Half Kelsey Coakes recommenced play with a short kick off which was taken by centre three quarter Omar Slaimankhel who leaped high to take the ball. Wests Magpies backs combined to take the ball to Bulls 10 metre line before half Kelsey Coakes rolled the ball into Bulls in goal. After playing the ball dead, Lachlan Walmsley’s’ line drop out was taken by fullback Kieran Wyld who as usual ran hard at the defense. Half Kelsey Coakes continued the attack before passing onto David Minute who showed good strength to score in the corner. Kelsey Coakes kick shaded the upright. Bulls 28 Wests Magpies 4.

Wests Magpies continued to attack and defend stoutly and were given a chance to record more points after a Bulls player was penalised for a high tackle. After taking the penalty kick, Wests Magpies set up their attack on the Bulls 30 metre line. Second row forward Adrian Ha’angana then Centre three quarter Omar Slaimankhel carried the ball forward before Slaimankhel spread the ball across field to his centre partner Brendan Su’A who barged his way over the try line. Half Kelsey Coakes kick the conversion from the sideline. Bulls 28 Wests Magpies 10. Both teams play got a bit scrappy at which time Bulls fullback Lachlan Walmsley decided to snap a field goal. Bulls 29 Wests Magpies 10.

With time running out, Kelsey Coakes put up another short kick off which was knocked on by a Bulls player. After winning the scrum, interchange player Dean Robson ran wide before the ball was firstly taken by half Kelsey Coakes then wing three quarter Isaac Rabuatoka who crossed for his 18th try of the season, the competitions leading try scorer. The conversion attempt from Kelsey Coakes fell short. Bulls 29 Wests Magpies 14.

In the final minute hooker Henry Ah Sam ran a good line, making some 30 metres. Right on fulltime a Bulls player was penalised for a late tackle which would bring an end to the proceedings. Reading this report, you will see that Wests Magpies won the second half 14 points to 3 however the Bulls recorded a good win set up by their first half performance, but Wests Magpies never gave up and played the type of rugby league that has them sitting in the top 8. The boys in black and white will certainly challenge the opposition in the remaining game as they head into the finals series.

Scorers for the Bulls: 2 tries to Christopher Mc Coy with 1 each to Daniel Harrison, Sean Walpole and Meimeite Siale with Lachlan Walmsey kicking 4 conversions and 1 field goal. 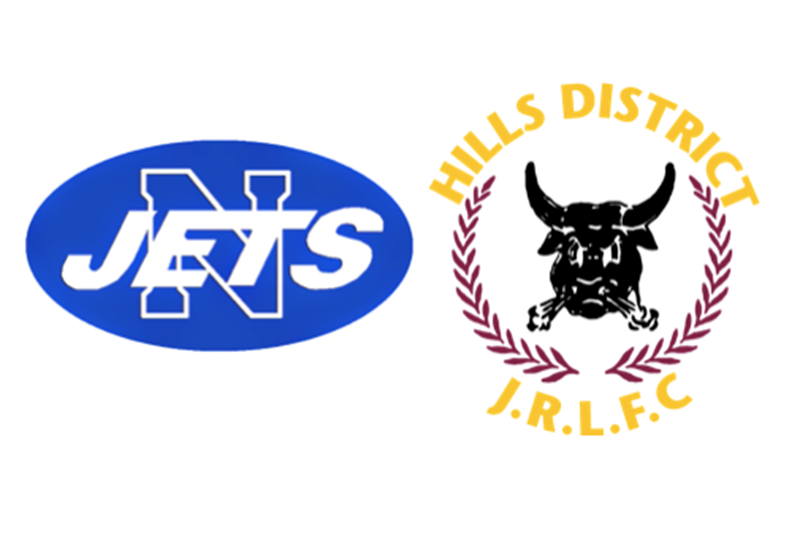