Western Suburbs Magpies have gone down to St Marys Leagues, 42 points to 32 last Saturday at Campbelltown Stadium. What seemed to be a tight contest proved too much for the Magpies, slipping up in the final quarter and giving away the win.

With both teams conceding penalties early on, it was only logical for scoring opportunities to present themselves. Saints looked to open up the scoring first but were unable to break the Wests defensive line. The Magpies soon followed suit after Kelsey Coakes was collected by Jack Gibbons to set up winger Isaac Rabuatoka for the corner but was ruled away for a forward pass.

But it wouldn’t be long before Rabuatoka would be awarded with a four pointer after a shift left ended with the winger crossing over in the 10th minute. Coakes went on to convert to give his side a 6-nil lead.

A mistake on the restart from the Magpies proved costly with St Marys responding to their opponents error through Tom Romer who scored just under the posts for an easy conversion for  Kurt Falls to level the score in the 15th minute.

Poor last tackle options seemed to be the biggest downfall of the Wests attacking structure, with Saints capitalising after each one. A last play kick from Coakes was caught on the full in goal and seemed to have provided the visitors with a 7 tackle set until the St Marys fullback lost the ball in the run up. Avia Minute and Adrian Ha’angana lead their team in attack, muscling towards the line only to be awarded a penalty for a high tackle on Ha’angana which would see Coakes go on to reclaim the lead.

Another mistake from the Magpies on the restart sent St Marys towards the line within favourable range to claim their next try through hooker Meni Luke who spun over his defence to ground the ball just over the line.

St Marys would go on to widen the margin after a classy line break through the middle from a Saints play maker advanced his side towards the line to position for a grubber kick, which in turn was fumbled by Wests fullback Kieran Wyld and collected by a sprinting Jake Toby to score under the posts for an easy conversion for Falls to stretch their lead out to 10 points.

The tables turned and this time it was St Marys who made a mistake on the restart with a spinning bomb dropped clean in front of the posts.  A fortunate repeat set and a quick play the ball set up Heheako Tuima to score, barging straight through his defence to crash over just under the posts and send his side into the sheds trailing by 4 points.

The Magpies returned to the field determined to reclaim the lead, and would go on to do so after a cut out ball found the hands of Jack Gibbons who stepped back inside his defence to score in the opening 2 minutes of the second stanza. Coakes slotted the ball over for the extras to bring the score to 20-18.

Wests winger Isaac Rabuatoka would go on to claim a double shortly after, winning an easy kick contest to dive over the line to extend the Magpies lead.

The hosts wouldn’t be able to hold onto their lead for long with a smart last tackle kick from St Marys five-eighth, falling down next to the posts in perfect position for Kurt Falls to snatch a four pointer which he would go on to convert minutes later.

St Marys would go on to score again to reclaim the lead after a penalty saw the visitors kick for touch to make their way into Wests territory. A short ball to George Tsikrikas proved too quick for the Wests defence who couldn’t quite stop the forward from reaching out to ground the ball.

Saints conceded another error off the restart with a forward pass ruling providing Wests with 6 tackles in their oppositions half. Jack Gibbons found himself over the line once again after running 30 metres, beating his defence while managing to stay in the field of play to ground the ball, levelling the score.

Kelsey Coakes would break the stalemate with just under 10 minutes remaining after a penalty was awarded to the home side, bringing the score to 32 points to 30.

St Marys would go on to score back to back tries in the remaining 10 minutes off the back of two Wests errors to claim victory. Moments before John Faiumu crossed for his side’s second last try, Jayden El-Jalkh was penalised for stripping the ball although it seemed the tackle had surpassed the try line giving the visitors the possession they needed to send the five-eighth over. St Marys would seal the deal in the final minutes after Faiumu intercepted a Magpies pass to sprint off towards the line, getting a pass away to Jake Maizen who would score the final try of the match.

Penrith have put indifferent recent form behind them with a much needed 24-18 win over a determined Western Suburbs Magpies outfit that was equally fighting for their spot in the top eight, at Panthers Stadium.

Panthers playmaker Matt Burton, fresh from the highs of making a match-winning NRL debut last Friday week against the Cronulla Sharks, again had a major influence on the outcome, scoring a brilliant solo try and setting up another as well as keeping the Magpies on high alert with his astute kicking game.

But the win could come at a cost with Burton’s halves partner taken from the field late in the game with what appeared to be a serious leg injury.

Both sides came into this game with a key exclusion each. Dean Whare’s call up to the NRL side meant Shannon Harris came into the centres for the home side, while the Magpies were dealt a major blow with playmaker Josh Reynolds withdrawn, replaced by Max Burey.

The opening penalty of the game to Penrith proved pivotal when in the ensuing set, recent NRL debutant Matt Burton opened the home side’s account, stepping inside prop Alexander Seyfarth close to the line to score next to the posts to give the Panthers a dream 6-0 start after seven minutes.

But the Magpies wouldn’t be perturbed in conceding early points, levelling the scores five minutes later through Jack Miller, who scored from close range after the replacement playmaker Burey, took on the line to create the gap for his backrower to run through.

However those two tries would be all that would result in a first half otherwise littered with promising opportunities for both sides that would break down at critical moments either through poor options or acts of desperation shown by the defensive line, as both sides would head into the main break 6-6 in very warm conditions at Panthers Stadium.

Having weathered an early second half storm from the Panthers, a late tackle penalty conceded off the kick deep inside Penrith’s own 20m zone to the visitors allowed the Magpies to take the lead for the first time with a try to Watson Heleta, who was first on hand to ground a kick ahead from close range and Maarbani’s simple conversion put Western Suburbs in front 12-6 after 47 minutes.

The Magpies appeared to be slowly but surely getting on top of the Panthers but an error 5m out from their own line was duly punished with Dean Blore and Tyrell Fuimaono combining for winger Malakai Watene-Zelezniak to step his way to and crash over the try line in heavy traffic to reduce the gap to two midway through the second half.

The Magpies’ inability to convert a Robert Jennings line-break into points proved to be the game-defining moment as the Panthers scored back-to-back tries to not only retake the lead but hold the biggest lead of the game, 22-12 with ten minutes remaining.

The first try was kick-started from a long-range kick return from the fullback, Charlie Staines, before hooker Brendan Hands took on the line from dummy half to put Kaide Ellis over from close range.

From the next set, Penrith would score again through Staines after that man Burton broke the line from 35m out to put his fullback away for the try he could have scored just minutes before to give the Panthers some breathing space or so it seemed.

A regather from the restart from the Magpies and a subsequent penalty allowed the Magpies to hit back through Robbie Rochow courtesy of Soni Luke’s kick behind the line to reduce the gap to four with seven minutes remaining.

But a penalty conceded by the Magpies in front of the posts allowed the Panthers to take a 24-18 lead, which they would hold on to until the final siren.

Next Sunday the Panthers travel to North Sydney Oval where they will take on the Bears in a game that could determine the final makeup of the top four, while the Magpies will look to regroup when they travel to Henson Park a day earlier to play the Newtown Jets. 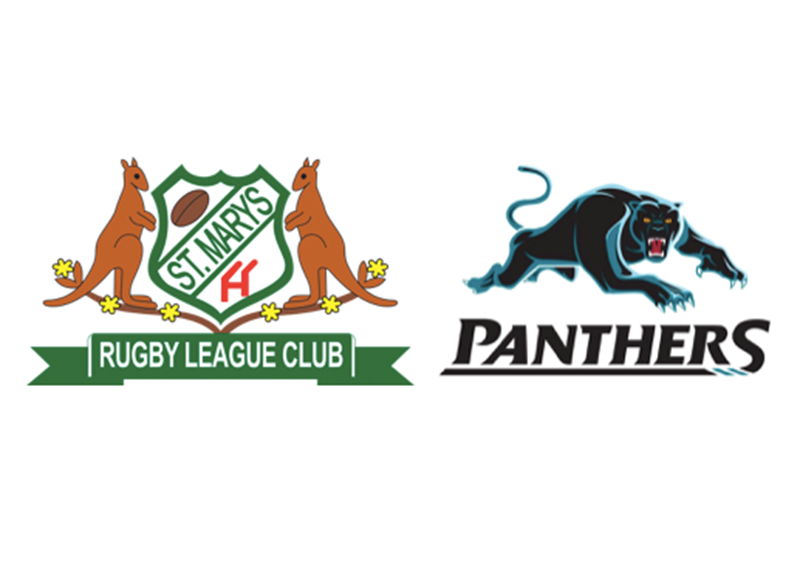