Western Suburbs Magpies have come up agonisingly short in their bid to move back in to the top eight of the Canterbury Cup with a thrilling 24-24 draw against St. George-Illawarra.

Having already shared the points with the Dragons earlier this year, Wests looked to be on their way to turning it around with a commanding 24-6 lead in the second half before a stirring comeback from the visitors set the game up for a grandstand finish.

In the end, it was the Magpies who had the best chance to steal the game late with a disallowed try from a forward pass before Jock Madden — named as captain for the game and one of the best on ground — was just wide with his field goal attempt.

The draw leaves Western Suburbs with plenty of work to do if they are to climb their way back in to the top eight with five straight away matches to end the season.

Currently sitting in 10th position, Brett Hodgson's side are just one point behind the seventh-placed Wentworthville Magpies with a crucial clash coming up next Friday against the Newcastle Knights prior to the two sides' Round 20 NRL clash.

Despite starting the match in less than ideal fashion with an error in their first set, the Magpies were able to open the scoring after five minutes when Russell Packer and Robbie Rochow combined to put Dylan Smith away, before the fullback drew and passed perfectly to put Madden over for his first Canterbury Cup try.

Soni Luke's sharp run from dummy half put Oliver Clark over under the posts after 11 minutes to extend the hosts' lead to 12-0 after as many minutes before the Dragons quickly hit back thanks to some sharp work from their left edge.

Madden was again heavily involved for his side's third try as a sharp cut-out put Tommy Talau over after some lovely footwork from the centre, and when Luke crossed shortly after half-time it was looking like a big win for the home side.

However, an error in the ensuing set gifted the Dragons possession and a strong run from Josh Kerr saw them reduce the margin to 12 points off the back of it.

Kept quiet for most of the afternoon, Tristian Sailor would turn the game on its head when he picked up a kick from Madden on his own goal-line before beating five defenders to score a length-of-the-field try, before Shaun Sauni-Esau sensationally levelled the match with 10 minutes remaining after Sailor's sideline conversion.

Max Burey looked to have won the game for Wests when he put Jack Miller over with four minutes remaining — only for the final pass to be ruled forward — before Madden's missed field goal attempt late on ensured the game finished even.

Having already tasted NRL action in 2019, Oliver Clark was impressive for the hosts with 132 metres from as well as 42 tackles while Robert Jennings was strong after dropping back from first-grade with 137 metres from a team-high 18 carries.

Western Suburbs Magpies have gone down to competition leaders the Wentworthville Magpies 26 points to 16 at Ringrose Park last Sunday afternoon.

Two close calls for Western Suburbs set the defensive tone for the game early on after both Adrian Ha’angana and Avia Minute unable to break the Wentworthville line in the opening minutes, with the forwards ruled to have been held up in the in-goal area.

But it was the hosts who found themselves on the board first after a last tackle kick contest was won by Wenty fullback Josh Bergamin who went on to score.

Wenty would find the line again moments later, after Wests fell short on the right creating an overlap for Eparama Navale to claim his side’s second.

A lack of discipline from the visitors provided Wenty with back to back penalties and eventually a shot at goal to extend their lead beyond two converted tries midway through the first stanza.

Wests, desperate for points marched up field, lead by their forward pack doing the yards. Jack Gibbons would be his side’s first try scorer off the back of a strong set, using his soccer skills to keep a Kelsey Coakes kick alive with the centre going on to score behind the posts for an easy conversion.

With only minutes remaining in the first half, Wests capitalised when an opportunity for points presented itself taking advantage of an unmarked Isaac Rabuatoka who dived over to close in on their opponents lead to make it 14-10 at the break.

Much like the first half, Wenty returned to the field scoring back to back tries through Eli Roberts and Blake Cook, with successful conversions from Brad Keighran who made it 4/4, bringing the score to 26 points to 10.

Josh Daley scored the last try of the game after Dylan Clifford busted through the Wenty line closely followed by the hooker who dodged and spun through his defence to make it over the line. Coakes slotted the ball over for the extras, leaving the full time score 26-16. 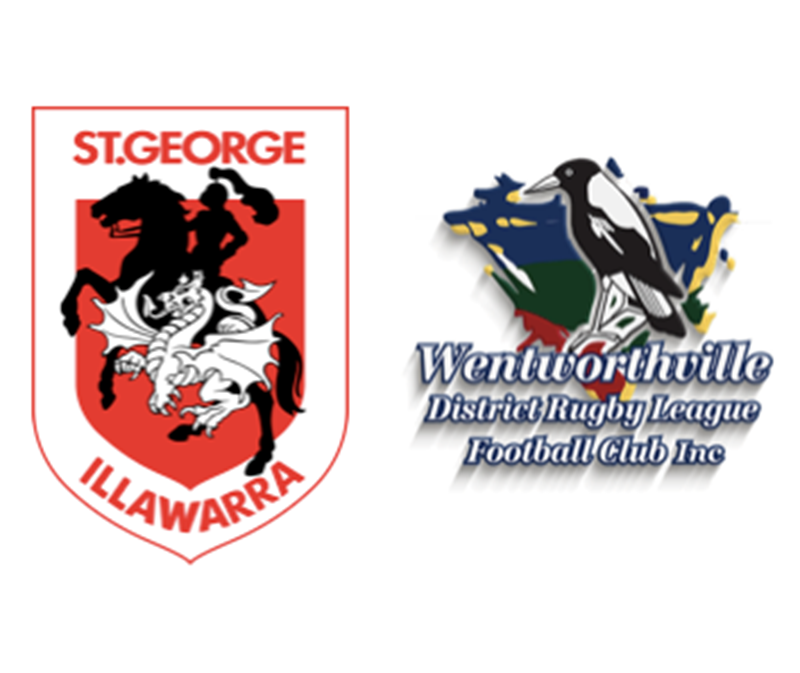