Wests Magpies were hoping to make it 6 wins in a row after today’s clash with Brothers Penrith in round 12 of the RMC competition, but it wasn’t to be. This loss was merely a bump in the road as Wests Magpies prepare for their next game which I am sure will see them back in the winner’s circle. The black and whites went into the game without hard working prop forward Edward TJ Carter, but in saying that they fielded a competitive team.

The Brothers got the game under way and it was Wests Magpies who recorded the first points of the day. After four minutes play Wests Magpies fed the scrum on Brothers 10 metre line. Avia Minute took the first carry with the second going to his front row partner Andrew Fiagatusa who was tackled close to the line. After a quick play the ball hooker Josh Daley threw the ball to lock forward Harrison Leonard who claimed the first try of the afternoon after he carried players across the line with him. Half Kelsey Coakes conversion put Wests Magpies up 6 points to Brothers 0.

Wests Magpies forwards continued to find ground up the middle of the ruck which gave their outside men room to move, however Brothers scrambling defense stopped a number of try scoring opportunities. In the 18th minute Brothers were penalised for being offside after second row forward Joshua Davis, lock forward Harrison Leonard and wing three quarter Brandan Su’A advance play into the oppositions side of the field. In good position, half Coakes came forward and potted the ball over the black dot. Wests Magpies 8 Brothers 0.

Brother were again called on to restart play and were soon on the back foot after centre three quarter Jack Gibbons and his wing partner Isaac Rabuatoka charged downfield before being tackled 30 metres from the try line. When the last tackle was indicated, half Kelsey Coakes put in a chip kick over the defensive line. The kick was chased through buy second row forward Joshua Davis who regathered the ball. After steadying himself, Davis sprinted to the line for his 4th try of the season. Coakes added to his tally when he kicked his 3rd goal of the afternoon. With this conversion, Coakes points for the season to date went past the 50 mark. Wests Magpies 14 Brothers 0.

Play settled before the boys in black and white were put back on their heels whilst defending their line. After repelling Brothers raids, they were penalised for being offside. After a couple of charges towards the line failed to yield points, Brothers half Brendan Waters ran to the blind side and linked up with centre three quarter Zac Chong Knee who delivered a fine pass to wing three quarter Ryan Foaese who dived over the line in the western corner. Foaese failed to convert his own try. Wests Magpies 14 Brothers 4.

Waters put up a cross field bomb which was allowed to bounce. With players all around the rolling ball, Brothers five eight Arthur Crichton took possession before diving over the line under the black dot. Five eight Ryan Foaese added the extras. Wests Magpies 14 Brothers 10.

With time ticking away Brothers were penalised for a high tackle, but unfortunately a Wests Magpies knocked the ball on after taking the tap. Brothers fed the scrum on their 30 metre line before working their way across half way. Brothers half Brendan Waters took the home team on and at the end of a jinking run he was tackled 10 metres short of the try line. On the last tackle and with seconds left in the half, five eight Arthur Crichton kicked to the eastern corner; the ball was claimed by centre three quarter Matthew Whyte who put the ball down close to the dead ball line to score the first of his two tries of the afternoon. Foaese made no mistake with the kick which put Brothers in the lead 16 points to Wests Magpies 14.

Wests Magpies kicked the ball deep to commence the second half of play. Their forwards David Minute, Avia Minute and Adrian Ha’angana combined to push Brothers players backwards during a strong defensive set. When Wests Magpies turn came to carry the ball, hooker Josh Daley followed by centre three quarter Jack Gibbins made good inroads, but those advances were foiled when a player was penalised and placed on report for a lifting tackle. After taking the penalty, Brothers spread the ball to the eastern side of the field and after making ground were tackled short of Wests Magpies try line. They received another penalty following a play the ball infringement. They took a quick tap, spread the ball to half Brendan Waters who threw a cut out pass to centre three quarter Matthew Whyte who dived into the corner to claim his second try. Foaese kicked a fine goal from the wide out. Brothers 22 Wests Magpies 14.

To their credit Wests Magpies tried to get back into the game but a couple of dropped passes put paid to try scoring opportunities. It was also around this time that hard working lock forward Harrison Leonard left the field after a head knock and he took no further part in the game.

In the 28th minute Brothers added to their points after prop forward Jokatama Dokonivalu claimed good metres. Half Brendan Waters switched the point of attack before giving the ball to centre three quarter Zac Chong Knee who claimed a four pointer of his own. Foaese was unable to claim the extra points on offer. Brothers 26 Wests Magpies 14.

In the 36th minute half Brendan Waters slotted a field goal which put his team up by 13 points. Brothers 27 Wests Magpies 14.

In the final minute of the game, Wests Magpies were penalised for a strip. Attacking deep into Wests Magpies territory, five eight Arthur Crichton made a clean break before passing on to fullback Masi Fidow who scored the last try of the day. With the successful conversion from Foaese, the score line read Brothers 33 Wests Magpies 14.

Scorers for Wests Magpies: Tries to Harrison Leonard and Joshua Davis. 3 goals from 3 attempts to Kelsey Coakes - 50 points for the season.

Last Sunday afternoon, Western Suburbs Magpies claimed their second draw of the season against the St George Dragons after a gusty second half comeback.

The Dragons proved too strong in the opening half, scoring two tries to one, off the back of penalties in favour of the homeside. Josh Kerr was the first to produce points for St George, slicing through the Magpies goal line defence after a quick tap.

Having control of both the game and the score board, St George had all the momentum to widen their 6-nil margin. An unfortunate error from the Magpies at the restart provided the Dragons with six tackles in enemy territory and finished with Pio Sokobalavau who dived over after 20 minutes. Tristan Sailor converted within close range, taking the lead out to 12 points.

Trailing by 12 points, Wests standout Kane Bradley took it upon himself to get his team on the board before half time when a fly ball from Matt Dufty found the hands of the leaping winger, who sprinted up field to score.

A lack of discipline from St George left the hosts defending their line for 3 repeats sets. With possession in their favour the Magpies attempted for the line, but were unsuccessful, even with a one man advantage after Jayden Morgan was sent from the field by officials.

The Dragons returned from the break leading by 8 and eager to widen their lead, doing so through Steven Marsters, who cleanly collected a Sailor kick and scored, despite contest from fullback Watson Heleta.

A shift to the left created an overlap in attack for the Dragons and a cut out ball from Adam Clune found the hands of an unmarked Jason Gillard to score on debut.

It had seemed that the Dragons had claimed the Round 12 match and the Magpies had succumb to the defeat until a fresh Bilal Maarbani came off the bench and added a spark to the visitors step, collecting a Tyson Gamble grubber and scoring, with Kauri Aupouri-Puketapu adding the extras with 24 minutes to go.

Back to back sets for the Magpies provided Maarbani with a double and a chance to close in on the Dragons lead, thanks to a classy pass from Heleta via Gamble.

With 6 points the difference and a draw in sight, the Magpies muscled up and campaigned for the line one last time. Braden Robson, who appeared to have scored moments before, was lucky enough to get an offload away to Watson Heleta who scored just next to the points. An easy conversion for Kauri Aupouri-Puketapu brought the score to 22-all. 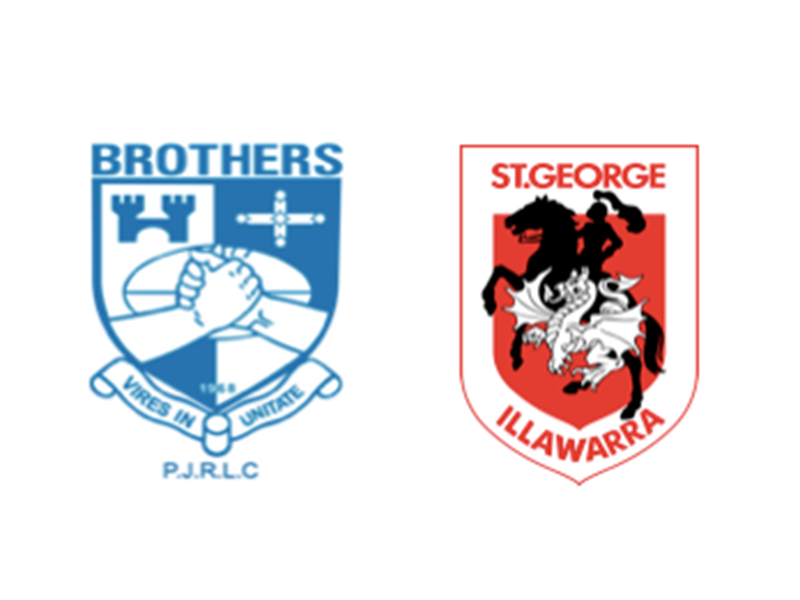