A beautiful day greeted supporters and players at Campbelltown Sports Stadium for this round 11 game against Hills Bulls. The playing surface was presented in an immaculate condition which would see an open and exciting game of rugby league.

The game was only a few minutes when Wests Magpies were presented with a shot at goal after one of their players was held down in a tackle. Half Kelsey Coakes stepped up to take a shot which was waved away. After taking a 20 metre line drop out, two Wests Magpies players ran to catch the ball but it bounced from one into another in an offside position giving the Bulls the advantage. Wests Magpies defended their line stoutly before being awarded a penalty of their own. After making good ground from the penalty kick, they took the tap deep in Bulls territory. Five eight Kieran Wyld took the ball forward and at the end of a weaving run he was tackled short of the line. Centre three quarter Kane Mc Quiggin took the next hit up before hooker Josh Daley threw a great flat pass to prop forward Edward TJ Carter who pushed through three players to score under the dot. Coakes conversion put Wests Magpies up 6 points to Hills Bulls 0.

After receiving the ball from the resumption in play, Hills were penalised for holding a player down. The first hit up was taken by second row forward Joshua Davis then his partner Harrison Leonard before half Kelsey Coakes rolled the ball into the in goal which was forced by the Bulls. After taking the drop out, a Bulls player was penalised for stripping the ball from second row forward Jack Miller. Coakes took a quick tap before offloading to his halves partner Kieran Wyld who at the end of a zigzagging run spread the ball to centre three quarter Jack Gibbons on the eastern side of the field. With plenty to do, Gibbons was still able to present the ball to wing three quarter Isaac Rabuatoka who, with inches to spare, dived into the corner for a great try. The attempted conversion from a difficult angle fell just short of the cross bar. Wests Magpies 10 Hills Bulls 0.

The Bulls put in a long kick when asked to restart play but were penalised for holding the leg of prop forward Avia Minute who was attempting to play the ball. Wests Magpies took the tap on half way with forwards Edward TJ Carter, Avia Minute and Harrison Leonard gaining a lot of ground up the middle. In good field position, five eight Keiran Wyld took the ball and in one movement put in a kick behind the defensive line. Wing three quarter Samuel Kimi-Ioane chased hard and put boot to ball again before collecting it at pace to score a try near the uprights. Coakes made sure the shot was on target. Wests Magpies 16 Hills Bulls 0.

After being presented with the ball from the kick off, centre three quarter Jack Gibbons sprinted over half way. He offloaded to hooker Josh Daley who pushed through several attempted tackles during a 35 metre run to the try line to score a crowd pleasing try. Coakes conversion put Wests Magpies further ahead 22 points to Hills Bulls 0.

At this stage one would be forgiven for thinking that the score line could blow out even further, but to their credit the Hills Bulls boys fought back and recorded two tries of their own. The first came after a Magpies player was penalised for a hand on the ball 30 metres from his line. After taking the tap Hills fullback John Paul Hohra went close to scoring. On the last five eight Joel Bradford put in a kick which was knocked on by Wests Magpies. After the opposition won the scrum a strong tackle by prop forward Edward TJ Carter forced the ball loose, but when in possession Wests Magpies were penalised. After a couple of hit ups, Hills hooker Ezra Gibson moved into dummy half before diving over near the posts for his team’s first try. Five eight Nick Holliday’s conversion cut Wests Magpies lead to 22 points to 6.

Both teams completed their sets in regulation but when the opposition was penalised twice it gave Wests Magpies the ball some 10 metres from the Bulls line. When the last tackle was signalled, Wests Magpies put through a kick but were penalised. Hills half Joel Bradford took a quick tap which caught Wests Magpies off guard and after running some 70 metres he dived into the eastern corner for his team’s second try. Two Wests Magpies players chased hard, preventing Bradford from advancing towards the goal posts. Holliday’s attempt to claim the extras floated wide. Wests Magpies 22 Hills Bulls 10. Both teams left the field for the half time break.

The second half got under way with a deep kick into Hills territory. The Bulls players ran over half way before kicking the ball dead. Wests Magpies took the tap on their 20 metre line which was followed up by strong runs from second row forward Adrian Ha’angana and hooker Josh Daley; taking their team over half way. The Bulls were penalised on their 30 metre line and not to be outdone centre three quarter Kane Mc Quiggin joined in to make good ground. This was followed by Dylan Clifford-White and Adrian Ha’angana who was tackled right on the try line. Josh Daley lined up at dummy half; he feigned to pass but straightened to score a well-deserved try. Coakes grabbed the two. Wests Magpies 28 Hills Bulls 10.

Not done yet, the Bulls put on two more quick tries. After being penalised, Wests Magpies were called on to defend their line. Prop forward Jake Brennan settled play before his scrum partner; Timothy Robinson took the line on. Switching play and with quick hands he selected centre three quarter Meimeite Siale who ran through a gap to score out wide. With an unsuccessful shot at goal the score saw Wests Magpies leading 28 points to 14.

Within a few minutes, Wests Magpies were penalised for lying on a Bulls player. With 30 metres to travel to the home team’s line, prop forward Timothy Robinson got into the action again. After a strong run, his front row partner Jake Brennan was brought down perilously close to Wests Magpies try line. Showing good perseverance, Robinson ran into a hole and scored his team’s 4th try. Mitch Hyde made no mistake when he guided the ball going through the sticks. Wests Magpies 28 Hills Bulls 20.

The ensuing play saw both teams awarded a number of penalties with errors creeping up but Wests Magpies steadied before moving further ahead with a four pointer. It came after the Bulls knocked the ball on in their own half. With ball in hand and on the last tackle Kieran Wyld put up a bomb which was allowed to bounce. Wing three quarter Isaac Rabuatoka was jolly on the spot and after taking hold of the ball he evaded two attempted tackles to score his second try of the day. Coakes kick went close, shaving the left upright. Wests Magpies 32 Hills Bulls 20.

With time running out, Wests Magpies put the game beyond the reach of the opposition. After completing their set, half Kelsey Coakes rolled the ball into the Bulls in goal area. The ensuing line drop out was taken by wing three quarter Isaac Rabuatoka who was tackled on the Bulls ten metre line. The remainder of the set saw the Bulls defend their try line before they received the ball following a changeover in possession. Unfortunately for the Bulls, when in possession they dropped the ball. It was picked up by five eight Kieran Wyld who passed to his halves partner Kelsey Coakes. Coakes ran across field before presenting centre three quarter Kane Mc Quiggin with a clean ball. Receiving the ball at pace, Mc Quiggin crossed out wide before advancing to the uprights. Coakes was successful with his last shot at goal for the afternoon. Wests Magpies 38 Hills Bulls 20.

With two minutes left on the clock, Wests Magpies were perched on their try line. After defending their line for two sets the Bulls switched their point of attack to the western side of the field which paid dividends when lock forward Mathew Gardner scored his team’s fifth try of the afternoon. Mitch Hyde kicked a fine conversion which would be the final points of the afternoon. Wests Magpies 38 Hills Bulls 26.

All four Wests Magpies interchange players were used throughout the afternoon with each of them playing strongly in attack and defense; all contributed to Wests Magpies win.

Western Suburbs Magpies have bounced back with a good win over the South Sydney Rabbitohs in their Round 11 Canterbury Cup clash today at Redfern Oval — running out 30-18 winners.

Having dropped out of the top four in recent weeks with a winless three weeks, Western Suburbs were made to work hard for the two points but showed too much class for their opponents, with the win putting the Magpies back in to fourth.

Brett Hodgson's side found themselves behind early after Jack Johns broke through the line before rounding the fullback to score, with Dean Hawkins converting from in front to give the hosts an early 6-0 advantage after as many minutes.

Wests would hit back in the 10th minute when Robbie Rochow and Mahe Fonua showed good hands on the right to put Harry O'Toole over, with Kauri Aupouri converting from the sideline in windy conditions to level the match.

Off the back of some good field position, the Magpies would hit the lead through Aupouri after a sharp long ball from Elijah Taylor close to the line, before Tyson Gamble and Luke Garner combined for the forward to crash over the line.

It was an emotional try for the back-rower, after a minute's silence at the start of the game following the sudden passing of his father Mark last Sunday.

Aupouri's sharp kicking in windy conditions extended the score to 18-8, before the Rabbitohs hit back through Bayley Sironen to cut the lead to six points at half-time.

A strong run from Bilal Maarbani would put Wests back on the front foot to start the second, and it didn't take long for points to follow as Fonua crashed over out wide.

The two sides would trade tries in an end-to-end period as Leigh Higgins and Joseph Ratuvakacereivalu crossed for their respective teams, before a penalty goal from the boot of Aupouri would put Wests up by 12 points with less than 10 minutes remaining — essentially ensuring the much-needed two points for Hodgson's men.

Having made his NRL debut just two weeks prior, Oliver Clark finished with impressive numbers with a team-high 159 metres from 16 carries in 43 minutes while Elijah Taylor chalked up 109 metres and a try-assist along with 32 tackles.

Wests will look to make it back-to-back wins when they take on the St. George-Illawarra Dragons next Sunday at Netstrata Jubilee Stadium. 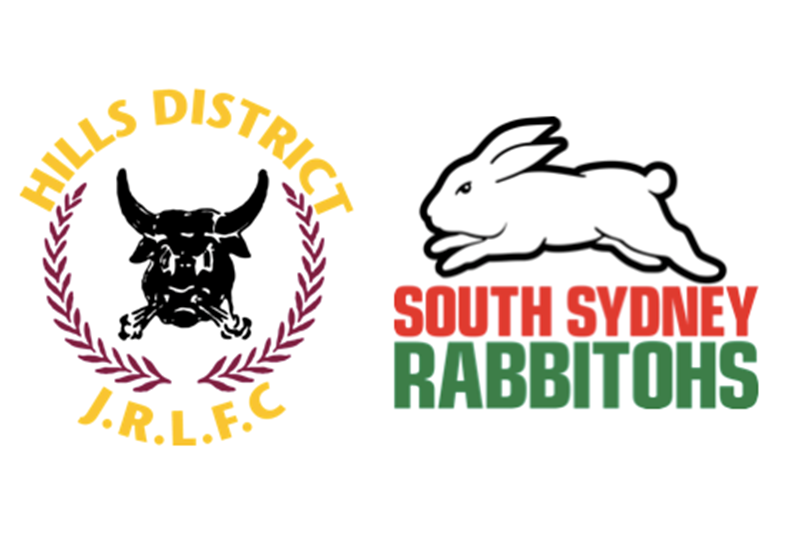