The Western Suburbs Magpies pulled off a dramatic victory last Saturday after they edged out Windsor Wolves 28-24 in the Ron Massey Cup clash at Lidcombe Oval.

The Windsor side looked in control when they led 18-4 at half-time and 24-16 with nine minutes remaining in the game.

Papua New Guinea Rugby League international Edene Gebbie crossed in the 71st minute when Joseph Taipari stepped inside the defence before sending the winger over for the try.

Down 24-20, the Magpies were in again in the 76th minute when Kurtis Preece put in a kick that saw Keiran Wyld race through to beat opposition winger Shondre Lee-Silva and collect the ball before racing over to score wide out. Brock Pelligra took over from the goal-kicking duties but failed to land the conversion, leaving the scores locked at 24-all.
In the final seconds of the game, Preece and Jak Cannell combined to send Taipari through the gap. He drew the full-back before sending Gebbie on his way to the try line. Despite the cover, he was able to get the ball over the try line in the corner.

Western Suburbs earlier had opened their account with a try in the 21st minute through Greek Rugby League Test player Jonny Mitsias but tries from Bruce Ward and Lee-Silva saw Windsor take a commanding 18-4 lead at the interval.

The Magpies hit back in the 51st minute when prop Kell O’Brien did well to barge over from close range and get the ball down under the posts. Dane Francis added the extras to make it 18-10.
Seven minutes later, Preece somehow managed to get over the top of three defenders to score from dummy-half to put the Magpies back in the game. 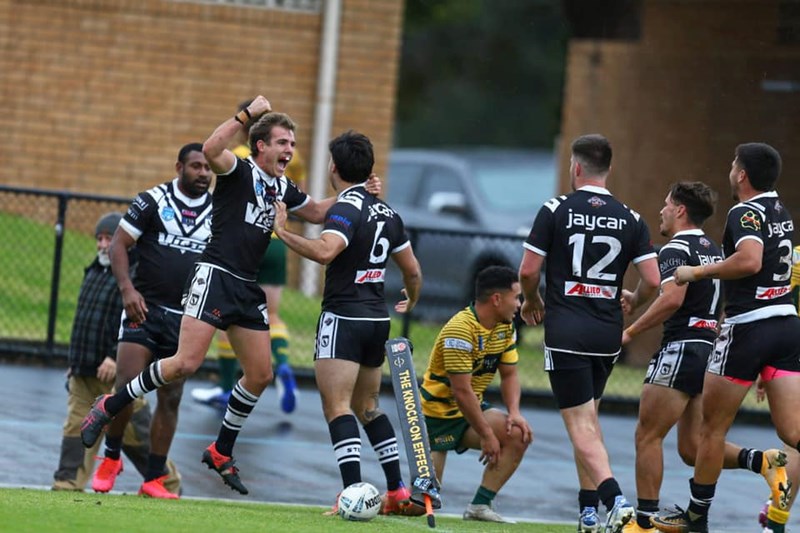