It is with a heavy heart that Western Suburbs Magpies inform you of the passing of Wests Ashfield Leagues Club Chairman, Mike Bailey OAM.

Mike passed away peacefully surrounded by his family on Sunday night, 20 June 2021.

After being a Member since August 1996, Mike commenced on the Board in March 2010 and was elected to Chairman in June 2011.

During his time as Chairman of Wests Ashfield, Mike also served at various times as Chairman of both Wests Tigers and Wests Magpies, two roles he was honored to take on and roles that were close to his heart having been a passionate Wests Magpies man his whole life and someone who embraced the joint venture after it was formed in 1999.

Having spent his working career in journalism where he worked for numerous television organisations and radio stations, Mike brought to the Board an unprecedented knowledge of the media world. Mike was most recognisable as the man who informed Sydney of the daily weather through his long period as, at first, the Channel 7 weatherman, followed by many years at the ABC.

As Chairman of Wests Ashfield and throughout his career, Mike had an ability to present in a way that was enviable to all – his clear, authentic and statesman like approach to communication ensured those he communicated to with his smooth voice, would glean exactly what it was that he was informing them of.

During his 10 years as Chairman, Mike oversaw unprecedented success for our Club that has ensured Wests Ashfield has continued to be a financially powerful organisation with three successful Clubs and, in the process, has taken our ownership of Wests Tigers from 33% to 90%. The Club had a record year last year, which will be surpassed this year. Mike was extremely proud of our Club and was honored to represent the Members.

Mike was respected by all who knew him and in 2019, he was awarded the Order of Australia medal (OAM) for his service to the community; Mike had a particular affinity with the Irish community, especially the St Patrick Day celebrations.

Wests Ashfield CEO Simon Cook said “The news of Mike’s passing is devastating. Mike was a mentor, a friend and a beautiful human being. The staff and I will miss his smiling face, his wisdom, loyalty and his unwavering support. Our thoughts are with his wife Helena, son Michael and his extended family at this heartbreaking time.”

Deputy Chairman Tony Andreacchio said “On behalf of the Board, I would like to express our sincere and heartfelt condolences to Helena, Michael and the family. Mike was a wonderful Chairman who has steered this Club to the successful organisation it is today. Mike will be deeply missed by all at Wests Ashfield, today is a very sad day for our Club” 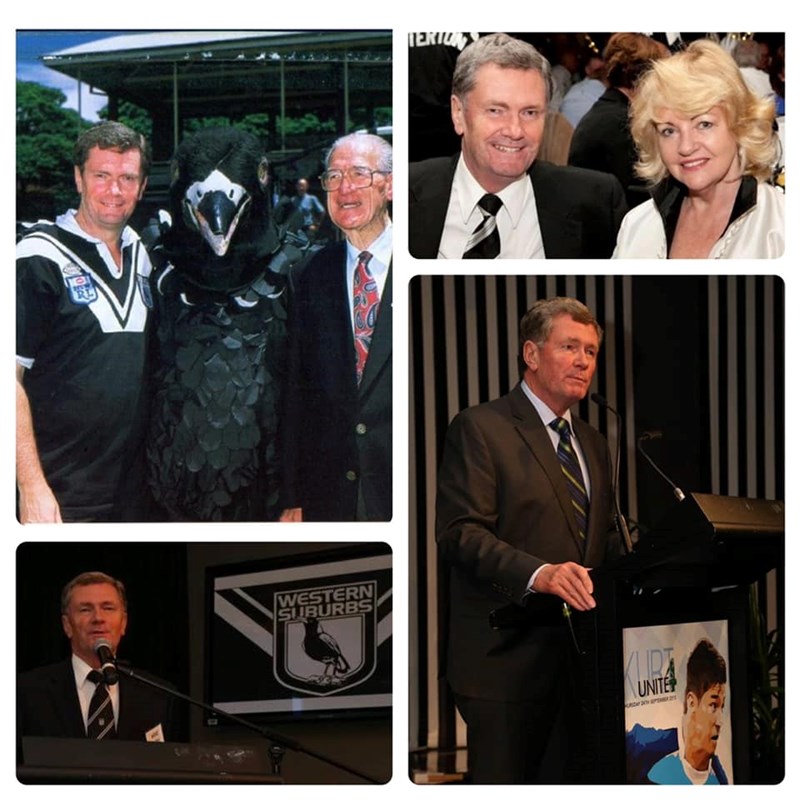