Wests have had a number of different home grounds over the years as the club repeatedly shifted its home ground in an attempt to be located centrally to the moving population base of the Western Suburbs.

Finally the club made its biggest and boldest move to try and capture the massive growth area South West of Sydney, by moving its home ground to Campbelltown.

The image bellow shows a satellite photo of the greater Sydney area, and where each of the Western Suburbs Magpies home grounds were located.

For over 50 years Pratten Park was the spiritual home of the Magpies. Praten Park was a very quaint suburban ground. The term stadium seems inappropriate. There is a small wooden and brick grandstand in the corner. The rest of the ground is surrounded by grass hills. 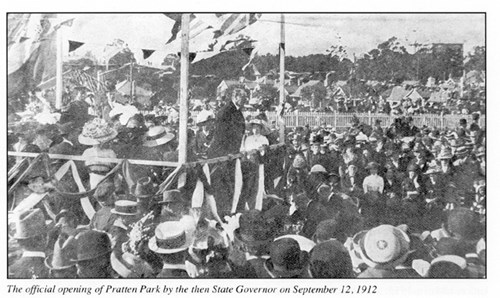 Located in Lidcombe, a suburb of western Sydney, Lidcombe Oval was home to the Western Suburbs Magpies in the NSWRL between 1967 and 1986. The ground most epitomises the rough and tumble nature of the Magpies and Rugby League generally throughout the 1970s. It is famous as the setting for Ray Martin's infamous 60 Minutes report in 1979, which exposed Wests coach Roy Masters' tactics of face slapping and wall punching to psyche his players up before a match.

As the name suggests, the ground is oval in shape. A cycling track surrounds the playing field. There is a small old grandstand on the western side. The rest of the ground is surrounded by grass hills and wooden benched. 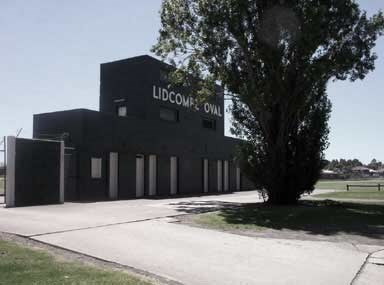 Wests biggest and boldest move was to Campbelltown (Orana Park) in 1987. The move was designed to secure the clubs future from threats of being kicked out by the NSWRL and to tap into the junior base located in the emerging Macarthur district.

The new Campbelltown Sports Stadium was officially opened on Sunday June 6, 1999. The renovations, which cost in excess of $22 million provide the Macarthur Area with a much needed new Rugby League Stadium and an Olympic Standard running track.

Major changes made to Campbelltown Stadium as a result of the re-development include a new Eastern Grandstand which includes 20 new Corporate Boxes, the reshaping of the playing surface from an oval to a rectangle, and a new playing surface. The Stadium's capacity was now approximately 21,000 spectators.

In 2008 the Stadium had a lighting upgrade removing the need for the hiring of additional lighting at great expense for night matches. The new 8 light towers now exceed the lighting requirements required for High Definition and 3D television coverage.

In 2010 the Stadium under went an 8 million dollar upgrade which resulted in seats being installed at the Northern and Southern ends of the ground and major upgrades to the Western Stand. The Western Stand now features improved corporate boxes, media facilities, new larger player change rooms and a corporate function room. An elevator was also installed to access all levels of the upgraded stand. A large video screen was also installed at the Northern End of the ground.

Campbelltown Sports Stadium is situated at the heart of the Campbelltown CBD. Accessibility to the stadium via public transport is made easy with Leumeah Train Station and buses within close proximity. 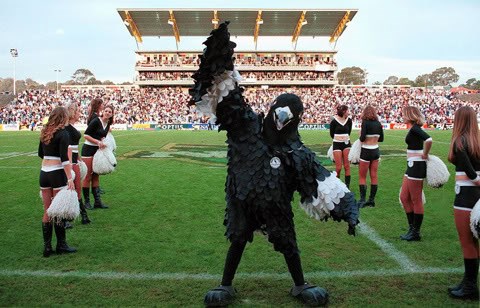